As a reader of my site you know i have other vices than cards. One of which is horror movies. I am currently up to 564 movies in the collection. I have created a sub site with a list of all my films. You can link to it right under my want list and doubles list (which I really need to work on, will do after i go through my Christmas haul) I have linked the site with all my reviews that I've done so far and will continue to do so with all future reviews. 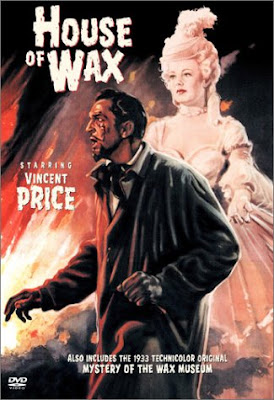 One of the first horror films I remember watching as a kid was the original House of Wax, (not really an original though as even this one was based on the movie, Mystery of the Wax Museum) which incidentally is not in my collection yet. Odd when I think about it. I think I might just have to head to EBay right now for it. I fell in love with horror right then and there. Though I didn't start collecting films until after I got back into baseball cards. I thought to myself, Hey I collect cards why not my favorite movies. 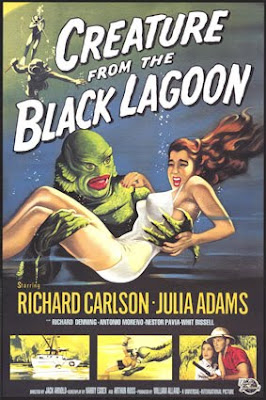 Of all the classic creature features, Nosferatu, Dracula, The Wolf Man, Frankenstein, etc...The Creature from the Black Lagoon is my favorite. Though I am a big fan of the original Frankenstein series as well. One, Two, Freddy's coming for you. Three, Four, better lock your door. Five, Six, Grab your crucifix. Seven, Eight, Better stay up late. Nine, Ten, Never sleep again!!! The original is still a classic. Interested to see how the remake turns out. Speaking of remakes, has anyone seen the preview for the new Wolfman movie? I will be there, first show opening day for that one. Guaranteed!!! 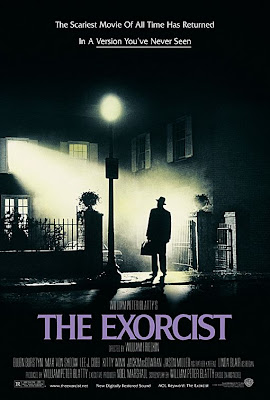 A horror fan's favorite. The Exorcist is one of the best movies ever made. And the fact that this movie came out on Christmas day always puts a smile on my face. How funny is that? Here's something you may not know. The book, the movie is based on, and the movie are almost a word for word remake. And I highly recommend the book to anyone who liked the film.
Last January I had a horror-fest at my place which was awesome. Anyone who read my old blog will (hopefully) remember that. This year I plan to do it again. Not in January, but it will be done again. So stay tuned for further horror reviews, news on Joe's 2nd annual horrorfest and feel free to check out the ever growing list. Pleasant Nightmares! 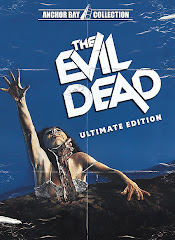